On the 1st of April 1974, Jaap & Ineke Kooijman decided to preserve the Dutch craft of wooden shoe making for future generations to enjoy. The historical Zaanse Schans, an area of Dutch industrial heritage, was therefore the area of choice for their workshop. The Wooden Shoe Workshop was the first company to be set up at the Zaanse Schans. 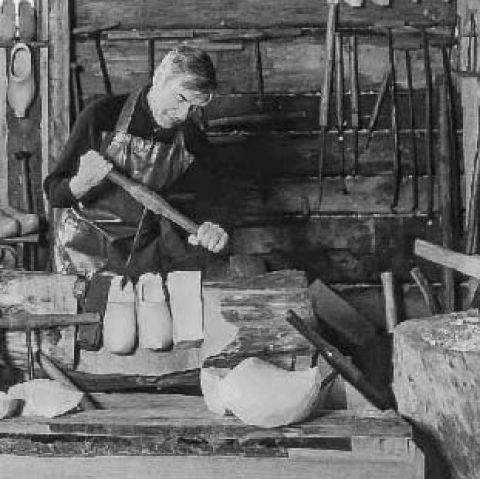 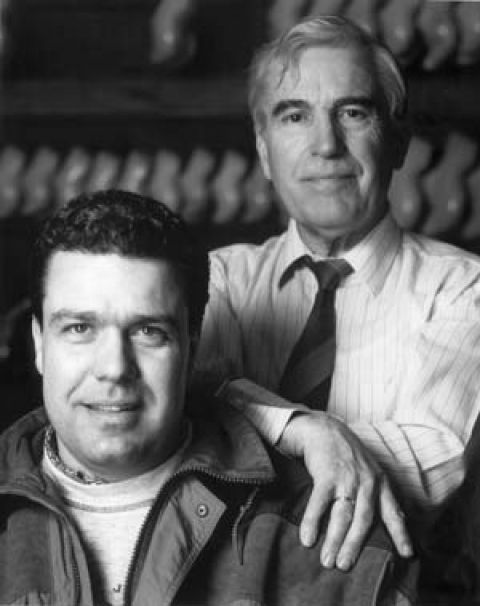 De Vrede, a three-bay warehouse dating back to the mid-18th century, was previously intended for storage of grain, snuff and flour. It was the birthplace of the famous Dutch ‘Molenaar’s Kindermeel’. When this warehouse became available, we decided to preserve the art of wooden shoe making and our museum collection here. In four decades, the small family business, currently run by the third generation, has been turned into a global name, welcoming over a million visitors each year from all around the world!

In the 19th century, industrialization and increased prosperity caused a decline in the demand for wooden shoes, especially in urban areas. This meant that the number of wooden shoe makers also declined. More than 8,000 people worked in the wooden shoe making industry over a century ago; now there’s only a dozen left. Luckily, Jaap and his son Willem Kooijman managed to save several old wooden shoe making machines from being thrown out as junk.

Using antique machines, we demonstrate how we still make wooden shoes in the same way as they were made over a hundred years ago. This craftsmanship has been passed on to a new generation of wooden shoe makers who demonstrate their trade free of charge to our many visitors, preserving it for future generations to learn and enjoy. An interesting explanation is given in the visitor’s own language whenever possible, from Dutch to Chinese. Our demonstration continues to be a fascinating spectacle for young and old alike! 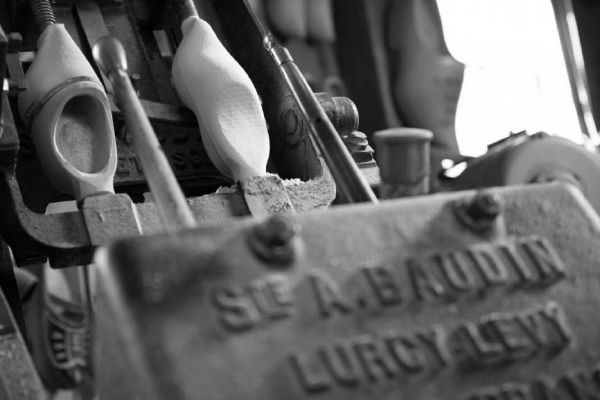 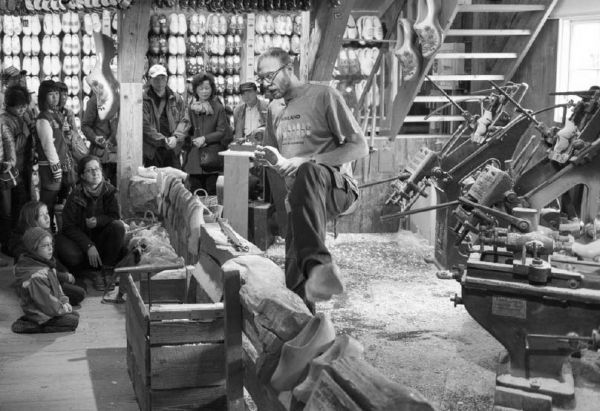 Over the years and out of love for the wooden shoe, Jaap Kooijman has built up one of the largest collections of wooden shoes in the Netherlands. His son Willem and Willem’s sons Justin and Robin continue to collect wooden shoes to this day and will continue to do so. This has not been easy, since wooden shoes regularly ended up as firewood in the old days…

“Over the years and out of love for the wooden shoe, Jaap Kooijman has built up one of the largest collections of wooden shoes in the Netherlands.”

As soon as you enter our wooden shoe museum you will immediately find an impressive collection of authentic wooden shoes. You can find out more about our museum on our wooden shoe museum page. You can also purchase a pair of wooden shoes or clogs in any size or color imaginable. They are unique, safe and practical footwear and the perfect Dutch souvenir! One thing is certain: the wooden shoe is and will remain a national symbol of the Netherlands.

“The wooden shoe is and will remain a national symbol of the Netherlands.”

Want to see how a clog is made?